Why Are DLC Lights So Important?

You may have heard about DLC Lights being unaware about their importance. Taking a closer look at DLC lights will let you know why to choose them. The following read will know what they are and how they work.

What are DLC Lights and How Do They Work?

Design Lights Consortium (DLC) is an agency that works on lights used particularly in the commercial industry. This regional group focuses on quality and efficiency of lights by rating them. The rating system is designed to identify and test if lights are acceptable for use. Also, manufacturer data is used for the rating purpose. DLC makes sure the LED lights and LED lights bulbs being used are certified.

DLC ratings have the top most efficient and high quality products on the list named as Quality Products List. DLC follows strict testing procedures to makes sure that LED lighting fixtures are efficient enough to perform well. This means that the DLC list includes all the lights certified and tested by the DLC agency.

Why are DLC Lights a Better Choice?

The DLC lights have been through sufficient testing to prove their high quality and efficiency. The lights have lumen output according to the claims which means they meet the standards. The testing is done individually on each lights in the lab to ensure the quality of light is not compromised. The results of the tests are published online for the public to know about the amount of lumens, CRI, and THD of DLC lights.

When Did DLC Start?

DLC started in the year 1965 to certify lights for specific regions of the United States. The agency assured to solve the disparity between high quality and high efficiency of lights. This was to make sure that the representation of light output was up to the mark and all rebate money was being used in light fixtures.

Who is the Owner of DLC?

DLC is a collaborated group of utility companies and regional organizations. The collective group efforts assure that the public is aware about efficient lighting fixtures. The Northeast Energy Efficiency Partnership also known as NEEP manages the DLC group of companies.

What Does the Energy Rebate Program Offer?

The Energy Rebate Program is an incentive for users to change their high pressure sodium lighting fixtures to LED lighting fixtures. The company pays a rebate for this change so the users are encouraged to use LED lights. So, where does the rebate come from? These funds come from the utility bills we pay which makes up a collective effort for environmental benefit.

More About Rebate Amount and Availability

The utility companies set their rates under the law of state. Most states have the same programs but you should still check for confirmation. Also, the amount of funds for rebates may be limited. Many States have extended rebate programs until future.

The rebate program which is common has set .30 for every reduced watt used. Replacing 10 Metal Halide bulbs of 400 watt producing 18,000 lumens with 10 UFO high bay bulbs of 150 watts will save 250 watts from a total of 2500. The rebate program makes up for the saved amount by multiplying it by .30. Therefore, 250 watts will qualify you for a rebate of $750 if the High Bay Lights are listed on the DLC lights. ShopLEDLights.com saves you 40% of the cost in this way.

A product’s efficiency requirement is measured by DLC 4.1. DLC has pushed LED lights to perform better by raising the bar. This technical requirement started for rebates in 2017 and 2018 which also raised the lumen to watt ratio in the market.

What Does DLC Premium Mean?

Lights are rated based on their performance and quality but not all types qualify for ratings such as E26 standard socket bulbs. It does not make through the ratings even if you replace a jumbo incandescent bulb with it. The kinds of lights that are rated include the following.

DLC has improved the efficiency and quality of LED lights by raising the bar for qualification. It has made sure that poor quality bulbs do not reach the market so we can move ahead by advancing in LED lights in future. 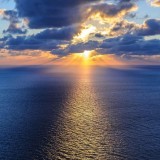